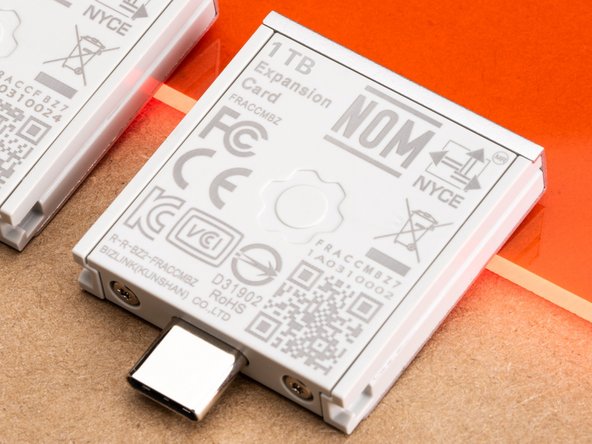 Under sustained full-speed sequential write, we’ve seen the 1TB Expansion Card start to throttle. The extent of throttling will depend on the specific workload, card, and ambient temperature. Applying a thermal pad on the flash package to sink heat into the enclosure significantly improves the behavior. This is an adjustment we’re applying in new production, but if you have an older 1TB Expansion Card, you can manually apply a thermal pad following this guide.

4 other people completed this guide.

Is there a block of serial numbers for modules that were manufactured prior to the thermal pad modification?